Nature has cure for almost all ailments known to mankind. Nature has the recipe for happiness too! Elderly people say that if you eat each and every fruit and vegetable available in a particular season, you will never fall sick. True words, indeed.

Traditional plants too have been used as a remedy for various diseases. People living in rural areas are aware of medicinal plants and trees and use them for curing ailments, fever and even snake bites!

Ethnobotany is a branch of science which deals with the interaction between plants and people. It comprises of traditional use of medicinal plants by tribes and other indigenous communities. The study also encompasses the management of plant diversity by the aboriginals. 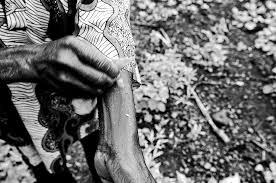 Sugali tribe of Yerramalais forest of Kurnool district of Andhra Pradesh knows about the therapeutic value of certain plants available in jungles. They have their own traditional healing system... and it works! Their unconventional folk medicine has been in use from one generation to another and still prepared in homes of this tribe who reside in remote forests of Andhra Pradesh.

This tribe prepares herbal antidote which can cure one of the hazardous effects of a snake bite. This may include application of a plant sap on the bitten area, chewing of leaves/bark or even drinking of a plant extract/decoction which annul the effect of snake venom.

Rauvolfia serpentina is a plant which is used in combination with pepper and garlic against snake bite. There are 23 more of such medicinal plants which they know how to use and the proper dosage that has to be given.

Root extract of plant Embica Officnalis is useful for neutralizing snake venom, especially of cobra and viper. Sugalis, Yanadis and Yerukulas tribal groups have been living in dense forests for a long, long time. With experience, they can even recognize a bite and tell you if the snake was poisonous or not! The patient is given fruit extract (juice) of Tamarindus indica L. fruit orally. If the patient tastes it as sour, they confirm that the snake bite is from a non-poisonous snake. However, if the patient is not able to taste it, suitable drug to fight the snake venom is given.


Treatment given by Sugali Tribe for Snake Bite

If a person is bitten by a poisonous snake, then they tie a knot with available material such as stem, bark or twines of plants or even a piece of cloth above the injured area so that the poison does not spread into the entire body. The skin around the wound is peeled off using a thorn. The blood from this area is allowed to gush out. Paste of Moringa oleifera Lam. root bark and root of Thephrosia purpurea (L.) is applied on the affected area.

The tribal people have an inherent idea of disaster management! They carry a paste for snake bite with them tied in a cloth when they venture out for work in the morning. 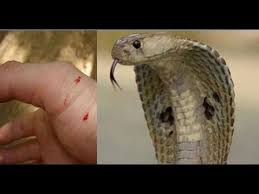 They also carry seeds of Strychnos nux-vomica L. and root of Aristolochia indica L. with them. Another method of treatment is to pour blood of hen over the wound till the snake poison is neutralized. In the end, seed of Strychnos nux-vomica L. is applied on the affected part. If it sticks on the wound, it is believed that the patient will be fine and is out of danger.

Tribal method of treatment is effective and affordable. The tribal people carry their herbal medicine tied to their waist band.  While applying the herbal concoction, they also chant mantras. Traditional healers among the tribe are known as local 'Vaidhyas'.


Who is at Risk of Snake Bites

Sugali tribe lives in the Yerramalais forests and have to deal with snake bites very often - not only for their community people but also for their livestock. Snakes, though are revered and worshiped by people, still remain a concern for occupational injury for those working on fields, farmers, plantation workers, herders etc. Since the tribal people sleep on floors, the risk is aggravated. Most common bites are on the lower limbs. Though all snakes are not poisonous, snakes like cobra, krait, Russel's viper and saw scaled viper are very poisonous. The risk increases during rainy season and also when agricultural activity is at its peak. Scorpion bites are also common in this region.

Sugali tribal community is actually a nomadic tribe. They live in villages known as 'Thandas' and get their day-to-day requirements from the dense forests. They are also called 'Lambadies' and 'Banjaras'. Most of this tribe resides in Yerramalais range of Eastern Ghats of Andhra Pradesh (in Kurnool district).

Application of herbal medicine and herbal concoction devised by Sugali Tribe of Andhra Pradesh is yet another example of the fact that if nature gives a problem, the remedy too is hidden in nature. This the tribal community knows well and is actually acting as a torch bearer to many research scholars who visit the 'Thandas' and record versions of their treatment. Experience does count, isn't it!