Forts showcase the history of a place in the best way. Andhra Pradesh has been ruled by various dynasties in ancient era and all of them have gifted many forts to this beautiful state from time to time. Chandragiri fort of Chitoor district and Gandikota fort of Kadapa district are among the most famous forts of Andhra Pradesh. Gurramkonda, Kondapalli Fort, Kondaveedu Fort and Penukonda Fort are other major forts of the state. Apart from these several other forts are located in each and every region of Andhra Pradesh to strengthen the history of this beautiful state. All of these forts have a marvelous architecture of their time and takes us to the ancient memory lane of old era. 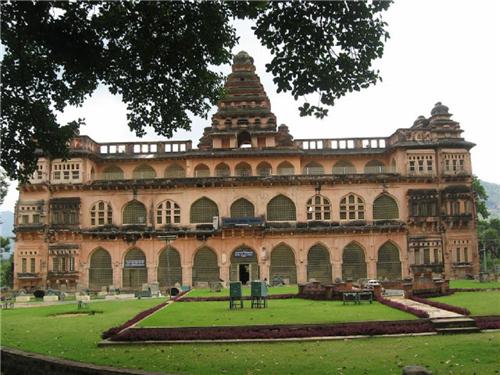 Located in the vicinity of Tirupati temple, Chandragiri Fort is located at a mere distance of about 14 kms from Tirupati. The fort was built in 16th century by Vijayanagar rulers with a marvelous architecture of that era. Main attractions of the fort include its entrance, temple of Lord Hanuman, the Raja Mahal, the Rani Mahal, few small temples and great stone carvings all around the fort. Raja Mahal depicts an Indo-Saracenic architecture and is built with mortar and stones only. However, currently the Raja Mahal is converted into a museum showcasing a collection of stone and metal sculptures of 2nd century onwards. To showcase different types of collections of different eras, the museum is categorized in various types of galleries incding Bronze Gallery, Stone Gallery, Model Gallery and Yaganti Gallery. To know more about the Chandragiri Fort, click here 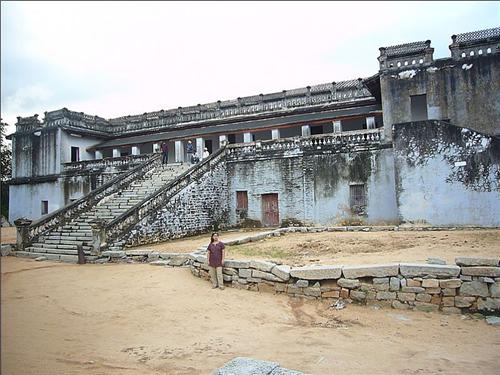 A 500 year old architectural masterpiece, Gurramkonda Fort is located in Chittoor district on the Kadapa - Bangalore highway. The fort is made by mortar and stands on top of a 500ft hill. Gurram-konda refers to Horse-hill and as per the legends; it received this name because rulers in that time used to travel on horses to reach at the palace. It is situated at a mere distance of above 32 Kms from Madanapalle and has three almost perpendicular sides. Initially the fort was built by mud and rocks during Vijayanagar kingdom, however later it was strengthen by rock walls by different rulers. The hill also offers some additional attractions to its visitors including a few temples, the Ranginimahal palace, the tomb of Mir Raza Ali Khan and off course the fort ramparts. 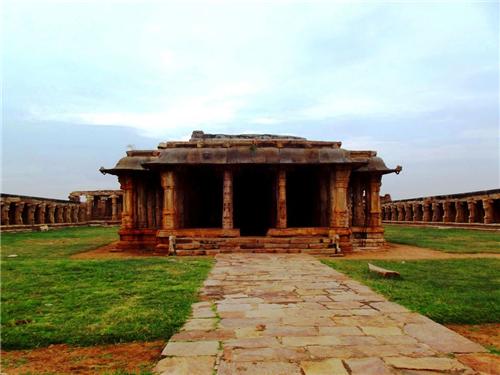 Gandikota Fort, situated in Kadapa district of the Indian State Andhra Pradesh is the place where you fill find endless grasslands, high rock formations and the birds flying over the Penna river. The place makes you feel like you are in the Grand Canyon! Gandikota originated its name from the ‘gorge’ (in Telugu ‘Gandi’) formed between the Erramala ranges and the river Pennar. Erramalla ranges are also known as Gandikota Hills. The fort was founded by Kapa Raja in 1123 of nearby Bommanapalle village and a subordinate of Ahavamalla Someswara I, the Western Chalukyan king of Kalyana.  The fort is spread across a huge area. Although there are no signs of its old civilization except the remains of Ranganathaswamy temple, granary, a royal pond, mosque and a clock tower within the walls of the fort. To know more about the Gandikota Fort, click here 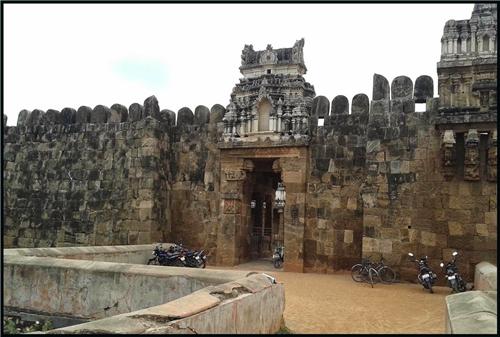 A masterpiece from the early 14th century, Siddhavatam Fort is located on the banks of Pennar River in the district of Kadapa. It is commonly known as Sidhout Fort and is spread over an area of 30 acre. Main attractions of this fort include the two gateways with embellished pillars, 17 square bastions, ancient carvings and a few temples known for its sculptures. Most of the people consider it as the gateway to Dakshina Kasi. The fort was ruled by many kingdoms before reaching in the hands of British in 1799. To know more about the Siddhavatam Fort, click here 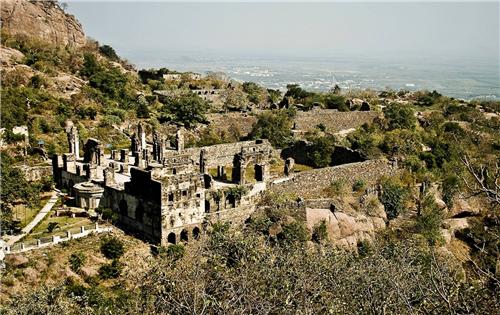 Another beautiful hill fort of Andhra Pradesh, Kondapalli Fort is located at a mere distance of about 16 Km from Vijayawada. It is a very ancient fort and is believed to be built by Prolaya Vema Reddi, the founder of the Reddy kingdom of Kondaveedu in 14th century. Main attractions of the fort include its three entry gates, the dargah (shrine) of Garib Sahib and the ‘Tanisha Mahal’. Entry gates are situated one after the other and the main entrance is made out of a single piece of granite and is known as the ‘Dargah Darwaza’. Golconda Darwaza’ is the name given to the another entrance gate of the fort. The fort is spread over an area of 18 sq km and the ‘Gajasala’, Virupaksha Temple, ‘Bhojanasala’, the Ranimahal, prisons and a reservoir are the other attractions of the fort. To know more about the Kondapalli Fort, click here 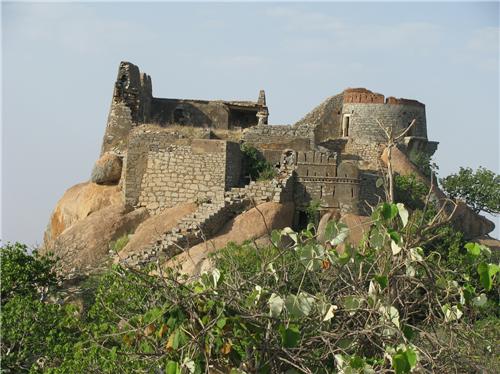 An ancient fort located on a foothill at a distance of about 70 Kms from  Anantapur on the Kurnool-Bangalore highway, Penukonda Fort is a beautiful example of old architecture style. Penukonda refers to a big hill and it used to be the second capital to the Vijayanagar kings. Main attractions of this fort include Gagan Mahal, Babayya Darga, 'Yerramanchi' gate, 11 feet high statue of Lord Hanuman, 'Sher Khan Mosque' and  ruins and fragments of carved stones. Most of the structures of this fort depicts communal harmony between Hindu and Muslims. 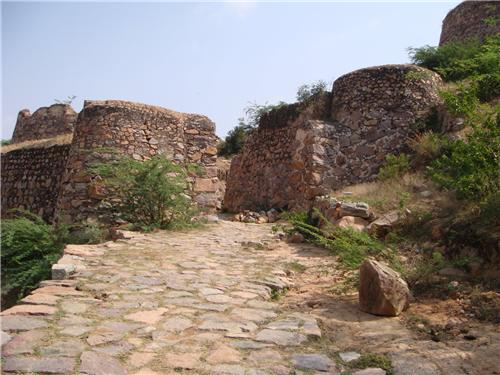 Being one of the oldest hill forts of Andhra Pradesh, Gooty Fort is located on the Kurnool-Bangalore trunk road at a distance of about 52 Km from Anantapur. The fort has a rich history and is ruled by various different rulers after being built by the Vijayanagar Kingdom rulers. Main attractions of this fort include its shape (in the form of a shell), 15 main doors and 15 forts, Murari Rao's seat and its water resources. It offers an awesome panoramic view of the surroundings to the visitors. 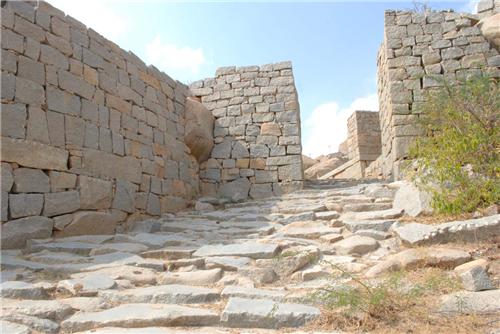 Another marvel built by the Vijayanagara Kings, Raydurg fort is located at a distance of about 130 Km from Anantapur.  The most famous attraction of this fort is the Rasa Sidda Temple, which is carved out of a single stone. Narasimha Swamy Temple, Rama Temple, Jambukeswara Temple and Neelakanteswara Temple are other major attractions situated in the vicinity of the fort. 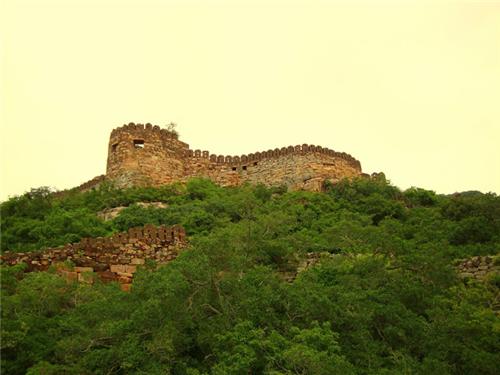 Located at a distance of about 100 Km from Nellore, Udaygiri Fort is another beautiful hilltop fort of Andhra Pradesh. It is situated at a height of about 3079 feet and is full of natural beauty and wonderful waterfalls. It is situated on Sanjeevani Hill, which is famous for being home to various medicinal plants. Main attractions of this fort include Chinna Masjid, Pedda Masjid, the Ranganatha Temple, the Balakrishna Mandiram and the Paruveta Mandapam. One can also see the rampants and ruined sculptures of different periods around here. 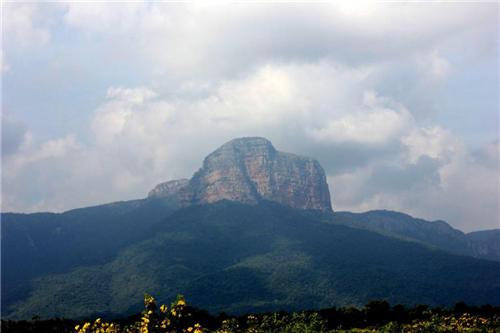 Another fort situated on a hill of Andhra Pradesh, Venkatgiri Fort is located in Venkatagiri town of Nellore district. The fort was built in early 18th century and is surrounded by deep and dense forest. A lot of people like to trek here as it is one of the most unspoiled treks of Andhra Pradesh with an outstanding picturesque natural beauty. Front portion of this fort is known as Indira Mahal and ws built in 1883 AD. To know more about the Venkatgiri Fort, click here: 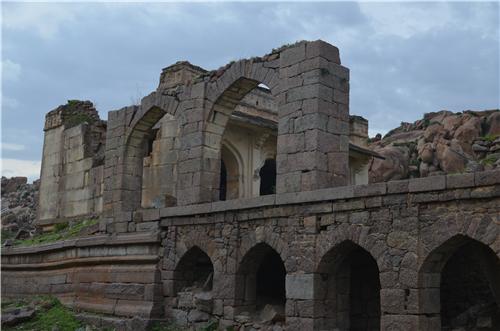 Listed among the famous ancient forts of Andhra Pradesh, Adoni Fort is located at Adoni in the Kurnool district. It used to be one of the largest forts of Vijayanagar Kingdom and has a rich history associated with it. It was founded around 300 years back and is built by combining 12 sub forts together. This is the reason behind its Hindi name Barakilla. Main attractions of this fort include secret tunnels connecting to Bellary and Hampi forts, various entrance gates and sub forts. 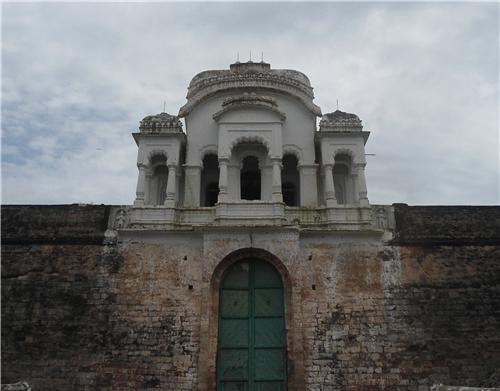 Located at a distance of about 60 Km from Visakhapatnam, Vizianagaram Fort is one of the most historical place of the district. Main attraction of the fort is an ancient temple of Pydithalli Ammavaru and as per ancient legends, the presiding deity of the temple is one of the daughters of the Pasupati royal family. The locals believe that the temple was built by an old woman who dreamt about it on her way to the holy city of Kashi. Another major attraction of this fort is the two colour Shivalinga symbolizing the male and female aspects of the union of Lord Shiva and Goddess Parvati situated in the temple. 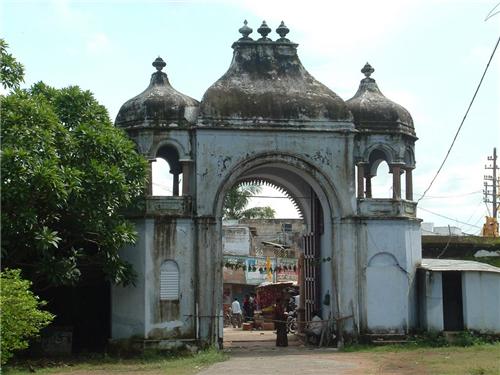 An ancient fort associated with the historic battle between the Zamindar of Vizianagaram and Raja of Bobbili, Bobbili Fort is a famous tourist destination of Vizianagaram district of Andhra Pradesh. It is located at a distance of about 60 Km from Vizianagaram. Main attraction of this fort is the Venugopala Swamy temple, which is known to be the oldest temple of entire district. 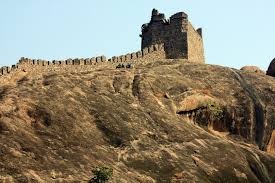 Another ancient hilltop marvel, Kondaveedu Fort is located at a distance of about 25 Km from Guntur. The fort was built in 13th century by Anapotha Reddy during the Reddy Dynasty. The fort is spread across 30 hillocks and is known for its 24 bastions and 21 stupas. Other features of this fort include its entrance gate, residential structures, pillared halls and many temples. Most of the people visit this place for the breathtaking view from the hilltop and its historic and architectural significance. Trekking is one of the most popular activities around here due to its natural beauty. Trikoteswara Swamy is the main deity of this place luring thousands of pilgrims every year towards this place especially on the occasion of Sivarathri day. People also prefer to visit Kathulabave and Gopinatha Temple located at the foothill in the Kondaveedu village.